How Drug Recognition Is Used In New Jersey DWI Cases

In order to properly recognize impairment in a driver who is under the influence of drugs, police officers who are drug recognition experts (DRE) utilize what are known as drug recognition evaluation procedures. This is a process based on observable signs that indicate drug impairment in an individual. A DRE officer will evaluate several factors of the driver's appearance and behavior when evaluating their condition such as the driver's eyes, vital signs, and their performance on field sobriety tests.

What Is The Drug Recognition Expert Protocol In A New Jersey DUI? 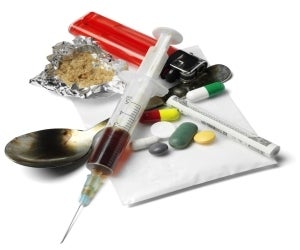 A Drug Recognition Expert (DRE) uses a standardized and systematic method in determine if someone is driving under the influence of drugs or alcohol or a combination of the two. The DRE will determine if the accused is impaired and if so will determine if the impairment is due to illegal substances, alcohol, prescription medicine or a medical condition. They will also try to determine the types of drugs that caused the impairment. The process is systematic because it is based on a complete set of observable signs and symptoms that are known to be reliable indicators of drug impairment. The National Highway Traffic Safety Administration (NHTSA) of the U.S. Department of Transportation sets forth the standards for all DREs. Each person who is certified in the process will conduct each evaluation exactly the same way for every person who is believed to be driving under the influence of drugs. The evaluation is performed in this manner in order to prevent errors and to secure acceptance in the court of law. An attorney properly trained in DRE evaluation is aware of the standards that are to be used when evaluating an impaired driver suspected to be under the influence of drugs and can use this knowledge to better fight a DUI charge. There are 12 steps to the DRE Protocol:

DWI and DUI arrests have been increasing in frequency not only throughout New Jersey but nationwide. Knowing this, it is imperative for DUI lawyers to be properly trained and educated in the most up-to-date DRE procedures including the training curriculum and methods necessary to challenge evidence in cases involving a DRE. Carmine R. Villani, Esq., is trained and experienced in evaluating drunk driving cases with evidence based off of such procedures and is also knowledgeable of the most current and relevant NHTSA DRE training curriculum and protocols including the medical and scientific basis to properly evaluate them with.

DUI defense attorney Carmine R. Villani, Esq. is extensively trained in drug recognition expert protocols, up to and including how to challenge a police officer's opinions in cases regarding driving under the influence of drugs. If you have recently been charged with a DUI in Ocean County, New Jersey, it is crucial to contact an attorney with DRE training. Call 732-372-0820 for your FREE initial DUI consultation with a DRE Attorney today!