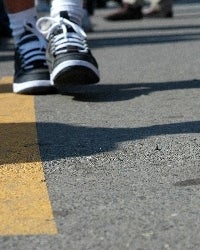 There are typically three parts to the test. The first is the horizontal gaze nystagmus. In this procedure, you'll be asked to stare straight ahead while police watch your eyes for involuntary side-to-side movements associated with alcohol and other substances.

A second component is the walk and turn, in which drivers are required to walk a straight line, heel-toe-to, then turn around and repeat, while counting each step along the way. There are a number of legitimate reasons a driver might fail this test, from vertigo to bad knees. Critics believe the walk and turn is designed to be too hard for anyone to pass, sober or drunk.

If you are facing DWI charges in Ocean County or Monmouth County, New Jersey, contact Villani & DeLuca, P.C. today at 732-372-0820. Get your FREE consultation on your Field Sobriety Test results in relationship to your pending DWI charges.