Penalties For Underage Possession of Alcohol In NJ

Under New Jersey State Law (§ 2C:33-15) it is illegal for a person under the age of 21 to purchase, consume or possess an alcoholic beverage in a motor vehicle, school, place of public assembly, public place or public conveyance. If caught, the individual can be charged with a disorderly person's offense. A disorderly person's offense is the term used in New Jersey for what is commonly called a misdemeanor in other states. 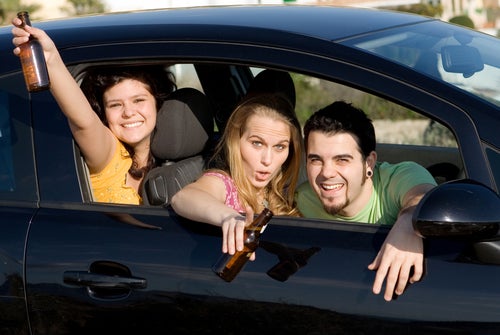 If the individual is under age 18, he or she will not be charged as an adult and will be required to face juvenile delinquency proceedings. In a case such as this, the court will have a hearing in order to determine whether or not the juvenile is to be an adjudicated delinquent. Individuals over age 18 but under age 21 will face charges as an adult. Situations such as these benefit from consulting with an experienced attorney.

For a person over age 18 but under age 21, possession of alcohol can result in fines between $500 and $1,000 and, as with any disorderly persons offense, there is the potential for jail time of up to 180 days. The judge might also order that the underage person attend up to six months of alcohol awareness programs, a treatment program or some other kind of intervention to try and prevent the offense from happening again.

If a person over age 18 but under age 21 is caught with alcohol in a motor vehicle—even if he or she wasn't driving—the individual's driver's license will be suspended for six months. The suspension will commence immediately upon conviction.

In the event that the underage person is under 18 years of age an aforementioned delinquency hearing will be held. If the individual is deemed to be delinquent the court can place the person into a residential or non-residential alcohol treatment center. If the arrest occurred while a person of this age was in a motor vehicle their driver's license will be lost for six months. In the case where the individual does not yet have a valid New Jersey driver's license, the suspension will postpone his or her eligibility to obtain one.

The penalties for a DWI can be harsh, including the suspension of the driver's license, hefty fines, potential jail, required attendance at alcohol educational programs, insurance surcharges and the possible placement of an ignition interlock system placed on the person's vehicle. For people under the age of 21 there is a zero tolerance standard. This means if there is any alcohol in their system they are violating the law and can be charged, not with a DWI but with having alcohol in their system while being underage.

If a driver under 21 registers a BAC of 0.01% to 0.079%, the driver's license will be suspended for 30 to 90 days, there will be 15 to 30 days of mandatory community service, required attendance at the Intoxicated Drivers Resource Center (IDRC), and fines and other surcharges.  However, in almost every instance where the BAC reading is above a 0.04% a person will also be charged with Driving While Intoxicated. The police can try to prove a person is drunk even if they are below a 0.08% if the person is acting like they are under the influence and that conduct would affect their ability to drive a car. Young drinkers should by definition be inexperienced and may show the affects of alcohol more readily than an older person who may have had more experience with alcohol.

In the event that a young driver, under 21, is charged with DWI either because of their conduct in appearing to be under the influence or having a BAC of 0.08% to 0.099% the same penalties exist as set forth for a regular DWI for someone 21 or older. The driver is subject to up to 30 days in jail, a driver's license suspension for 3 months, IDRC participation for 12 to 48 hours, fines between $250 and $400, plus surcharges of $3,000. If the BAC is 0.10% or higher or the charge related to drugs rather than alcohol, the sentencing will be in the “higher tier”  DWI and the license suspension will be from 7 months to one year. A conviction in this case would result in up to 30 days in jail, a license suspension of 7 to 12 months, 12 to 48 hours at the IDRC, fines between $300 and $500 and surcharges of $3,000. These penalties discussed are assuming it is the underage drinker's first DWI conviction. If the reading is above a 0.15% the penalty is more severe and if he or she is a second or subsequent DWI offender the penalties are increased according to the second offense and third offense DWI schedules.

While it may be common that people under age 21 try to get alcohol and drink underage, it is a disorderly persons offense that can cause a serious amount of damage to their future. With the penalties of having to take part in an alcohol treatment program for a youth under age 18, or the prospect of a suspended driver's license, hefty fines and maybe even jail time, it's not a laughing matter to be arrested for possession of alcohol under the legal age of 21. Don't make the mistake of not having an attorney to protect your interests. Contact Villani & DeLuca, P.C. to discuss your case today.

If you or a loved one are under 21 and have been charged with DWI or possession/consumption of alcohol in Monmouth County or Ocean County, New Jersey, it is important that you have qualified legal representation. Contact the attorneys of Villani & DeLuca, P.C. at 732-372-0820 to discuss all pending charges.