Driving under the influence of alcohol or drugs in New Jersey is a serious offense, but the fact that you were arrested and charged does not always guarantee that you will be convicted. Your conviction depends on a number of things from the strength of the evidence against you to the procedures used to gather it. If you have been arrested and charged with a DWI offense, then you were probably subjected to at least one of the chemical tests police use to obtain evidence against drivers like you, such as a breath test, blood test or urine test. These methods vary in terms of their effectiveness depending on the circumstances of your arrest and testing procedures. 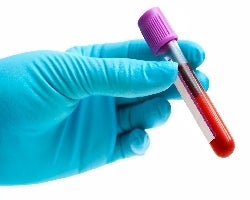 When Are Blood Tests Administered For DWI?

The administering of a blood test is not done very often because it is not necessary to determine the BAC in most DWI cases. A Breath test usually provides an accurate reflection of a driver's blood alcohol content in lieu of a blood test. A blood test is required when a driver suffers from a condition that makes a breath test difficult or unreliable or because police suspect the driver in question is under the influence of something other than alcohol. The police can not test for drugs with a breathalyzer and the only way to determine the toxicology of the accused is through a blood sample. Another reason for a blood draw is when a driver is suspected of a DWI and was involved in an auto accident. When the accident victim is brought to the hospital they will have their blood drawn and examined for BAC and drugs. Blood tests require meticulous procedures and any departure from them may be used to successfully challenge the tests in court. Click Here for more information on challenging a blood test in a DWI case.

Use Of Urine Tests For Driving Under The Influence Of Drugs

It's unlikely you'll be asked to take the urine test if you're pulled over on suspicion of drunk driving. Police prefer the breath tests that they use in most cases if you are suspected of driving under the influence of alcohol. However, urine tests may be used when the police believe a driver is under the influence of drugs. These substances will show up in blood and urine tests. If you have already taken the urine test after suspicion of driving under the influence, it will be important to know how the test was administered and what the results were. This is especially important if urine is used to measure alcohol content, since alcohol levels are inflated in urine. If the test was administered to detect drug use, then it may paint an inaccurate picture of when the drug was taken since some substances leave traces in the system for days or even weeks after use.

If a urine test is used in detecting drugs or alcohol for a New Jersey driver, then there are often many ways an experienced attorney can contest the results. The proper protocol must be followed during the administration of a urine test. For example, the defendant must be given some privacy while the officer conducting the test still ensures that the sample provided is accurate. Urine testing has been contested due to the problem with blood alcohol content (BAC) inflation. The concentration of alcohol in urine is approximately 1.33 times the concentration of alcohol in blood. As briefly mentioned above, urine tests are also suspect because it is impossible to determine when exactly a drug was used by an individual. Urine tests will show traces of previously ingested substances, but not the actual drugs. For example, a driver who smoked marijuana on Monday might test positive on Friday night when stopped on suspicion of DWI days after any effects of the drug has worn off.

If you have been arrested on suspicion of DWI and were subjected to a blood test or urine test, you should contact Villani & DeLuca, P.C. today to explore your legal options. Our DWI lawyers represent clients throughout New Jersey. Call 732-372-0820 for your FREE initial consultation.