If you're facing DWI charges in New Jersey chances are you have a lot of work ahead of you. The first task is deciding whether or not you want to obtain an attorney. Then you'll need to make a decision about which path is right for your needs: going to trial or taking a plea. An experienced attorney will review all the evidence and help guide you through this arduous process.

When police make DWI arrests, they gather two kinds of evidence against suspected drunk drivers: chemical and observational. Chemical evidence consists of the results of breath, blood and urine tests. This is the evidence prosecutors tend to rely on the most, as it has the appearance of scientific certainty. The other type of evidence is observational evidence. This is the evidence police gather from observing your behavior, speech, appearance and the results of your field sobriety tests. The most significant aspect of observational evidence is the field sobriety testing. The evidence used against defendants in DWI cases often seems overwhelming, but in reality, much of it can be effectively challenged. That includes both the chemical evidence obtained through breath, blood and urine and the evidence police obtain by observing you during your traffic stop and arrest.

The Discovery Process In New Jersey 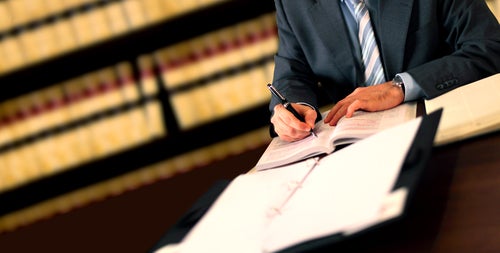 The collection of evidence in a court case is known as “discovery”. As a defendant in a New Jersey criminal or DWI trial, you have a constitutional right to obtain any evidence that is “material” to your case. Material essentially means any fact that tends to establish a point that is crucial to your guilt or innocence. Generally speaking, pretrial discovery is handled by defense attorneys, but you should know what pieces of evidence are most important for your case.

The evidence to which you are entitled to specifically includes anything that might raise a reasonable doubt as to your guilt. This is known as “exculpatory” evidence, and it covers a wide range of materials. Prosecutors are required to act reasonably in responding to requests for discovery, so they can't subjectively decide evidence isn't material or exculpatory in order to prevent defendants from obtaining it.

Discovery is requested by defense counsel formally in a discovery request. These requests may be broad and may include things such as statements made to the police, the results of physical or mental exams, video recordings of the defendant, the defendant's criminal record, the police report from the time of the arrest, and other records.

For a DWI defendant, the most important evidence would tend to be the police report, the results of any sobriety tests, and the dash-mounted video recording if one exists. In addition, if possible, you will want to seek out any witnesses to the arrest and any experts who can interpret some of the evidence in your favor.

The police report should document the specifics of the arrest: the time, location and arresting officer's name, among other facts. It will also include a narrative description indicating the officer's perception of you, your statements, and your behavior during the stop and throughout the arrest. The officer who arrested you may also have a dash-mounted video camera recording the arrest.

You'll also get the results of your chemical tests, including your breath test and, if you submitted to it, your blood or urine tests. Your lawyer can use a forensic expert to raise doubts as to the validity of the procedures used to conduct these tests, as well as the results. Other expert witnesses may contribute to your case.

Gathering evidence is crucial when preparing for your DWI defense. You should consider hiring an experienced DWI attorney, like those at Villani & DeLuca, P.C.. Call 732-372-0820 today for your FREE consultation with one of our firm's defense lawyers who will help you prepare for your DWI Trial.