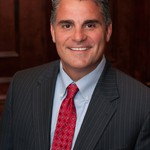 Carmine R. Villani, Esq. is a founding partner of Villani & DeLuca, P.C. He began practicing in 1992 and founded Villani & DeLuca, P.C., with fellow New England School of Law Graduate, Vincent C. DeLuca in 1996. The firm has continued its growth developing a strong reputation with Mr. Villani and his team focusing on criminal and DWI defense cases and Mr. DeLuca and his team focusing on the firms family court matters.  Mr. Villani has served as a municipal prosecutor and municipal public defender in numerous municipalities in Ocean County and Monmouth County throughout his legal career.

From January 1996 through October 1996, Mr. Villani was an Associate Attorney at McLaughlin Bennett Gelson & Cramer, P.C., Wall, New Jersey, where he was Acting Municipal Prosecutor in the Township of Colts Neck. Additionally, Mr. Villani's practice during this time concentrated in civil and criminal litigation; and residential and commercial real estate transactions.

From December 1992 through January 1996, Mr. Villani was an Associate Attorney at Ansell Zaro Bennett & Grimm, P.C., Eatontown, New Jersey. During this time Mr. Villani served as Associate Township Attorney for the Borough of Sayreville, Township of Hazlet, and Township of Marlboro; Associate Bond Counsel for the Borough of Seaside Heights and a Member of the National Association of Bond Lawyers. Furthermore, Mr. Villani's practice concentrated in civil litigation, and residential and commercial real estate.

From 1993 through 1994, Mr. Villani taught at Brookdale Community College as an Adjunct Professor in the Legal Studies Program.

Act Now Before It's Too Late!

Mistakes happen all of the time. If a mistake was made by the police or the New Jersey prosecution it should not hurt you and your family. Our experienced NJ DWI Defense Lawyers at Villani & DeLuca regularly protect the legal rights of people who have been charged with DWI / DUI or breath test refusal. This traffic offense carries the possibility of jail time and costly fines in New Jersey. The stakes are too high and the possible effects can last for years. A strong legal defense can often convince the courts to have your drunk driving charges dismissed or reduced so don't risk your future by trying to defend yourself against a DUI! Contact Villani & Deluca today for a FREE case evaluation on all your pending drunk driving charges.