Under New Jersey state laws, driving while intoxicated (DWI) is a serious traffic offense that can lead to jail time, fines and suspension of the individual's driver's license. In addition, being convicted of a DWI will raise insurance rates and could result in a device being installed in the offender's vehicle so that it won't start until a breathalyzer test is taken and passed. There are also punishments if a person has been stopped by the police on suspicion of DWI and refuses to submit to a breathalyzer test to determine his or her blood alcohol content (BAC). Depending on whether it is the first offense or a subsequent offense, the penalties will vary in severity. All penalties can be severe and costly.

Penalties For A DWI

The amount of alcohol that can legally be in a New Jersey driver's system varies depending on age and the type of license he or she has. For a driver under age 21, there will be an arrest for DWI if the driver's BAC is 0.01% or above since he or she is under the legal drinking age. A driver convicted of DWI while under age 21 will face a suspended driver's license for 30 to 90 day and he or she may be subject to the mandatory penalties for someone over age 21 at the judge's discretion. There will be 15-30 days of mandatory community service and required attendance at an Intoxicated Driver Resource Center (IDRC) to receive alcohol and highway safety education. If the person is under age 17 and doesn't have a license, there will be a 30-90 day delay in the processing of the driver's license. 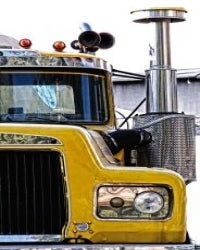 If the driver is driving a commercial vehicle with a CDL at the time of his or her DWI conviction, the legal limit is 0.04%. A conviction for DWI of this type has all of the penalties of a DWI for a person with a conventional license plus an additional suspension of the driver's CDL. The threat of losing the commercial employment for a DWI is also something to be concerned about.

A driver 21 or older who registers a BAC of 0.08% or above will be charged with DWI. If it is a first offense and the BAC is above 0.08% but less than 0.10%, the driver's license will be suspended for three months. The driver will also have to pay a fine of between $250 and $400, be required to attend IDRC for between 12 and 48 hours with the accompanying fees, plus insurance surcharges of $1,000 per year for three years. There could also be a 30 day jail sentence if the judge orders it.

If the first offense BAC is above 0.10%, the driver's license will be lost for seven months to one year. There will be a mandatory fine of between $300 and $500, an IDRC requirement of 12 to 48 hours, insurance surcharges of $1,000 annually for three years, and up to 30 days in jail.

If a second DWI offense is committed within ten years of the first, the defendant's driver's license will be suspended for two years. There will be fines between $500 and $1,000, the same IDRC and insurance charges as with the first offense, but with the added possibility of 30 days of community service and a potential jail sentence of 48 hours to 90 days.

If there is a third DWI committed within ten years of the second, the defendant's driver's license will be suspended for 10 years. The fine is $1,000 and the insurance surcharges are $1,500 annually for three years. There will be required IDRC attendance for 12 to 48 hours and a maximum of 90 days of community service. The driver also could face up to 180 days in jail.

For a first offense DWI conviction with a BAC level below 0.15%, a driver is subject to the discretion of the judge as to whether they will be required to install the ignition interlock device on his or her car. All drivers found guilty of DWI with a BAC of 0.15% or higher or for a second, third or subsequent time will be automatically ordered to have an ignition interlock device installed on the vehicle during the time of license suspension and for as long as three years after the suspension has concluded.

If you or a loved one has been charged with a DWI traffic offense it is important that you secure qualified legal representation by calling Villani & DeLuca, P.C. in Point Pleasant Beach, New Jersey. Whether the charge occurred in Ocean County, Monmouth County or any other parts of New Jersey, you have rights and you deserve to know what they are. The ramifications for a DWI conviction can have a wide range of influences on a person's life including the possibility of jail time, the loss of a driver's license, significant fines, requirements to attend the IDRC, and paying insurance surcharges. All of these costs are both personally and financially substantial.