“heedlessly, in willful or wanton disregard of the rights or safety of others, in a manner so as to endanger, or be likely to endanger, a person or property.”

Another, less precise way of saying it is that you know, or have every reason to know, that your driving is likely to harm people or property, yet you do it anyway.

The penalties for reckless driving (N.J.S.A. 39:4-96) are relatively mild compared to those for a DWI conviction, but they are still serious. If found guilty of reckless driving, one can face 5 points on their drivers license, up to 60 days in jail, fines between $50 and $200 for a first conviction, and suspension of driver's license from one to ninety days if the Judge deems the driver a road hazard. On a second conviction, the jail time increases to a maximum of three months and the fines increase to between $100 and $500 and possible license suspension up to six months. 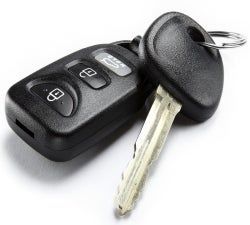 Closely related to reckless driving is careless driving (N.J.S.A. 39:4-97) which carries 2 motor vehicle points. This happens, according to New Jersey statute, when you drive:

“a vehicle carelessly, or without due caution and circumspection, in a manner so as to endanger, or be likely to endanger, a person or property, shall be guilty of careless driving.”

The penalties for careless driving are $85 and two points on your New Jersey State Driving Record. If their are aggravating circumstances, such as a previous license suspension, a judge may add the addition of jail time and license suspension.

Reckless driving and careless driving charges are expensive and can even lead to jail time, but often a traffic stop for one of those reasons leads to additional problems if the driver is suspected of driving under the influence of drugs or alcohol. Evidence of reckless or careless driving is enough probable cause for an officer to stop and arrest a driver for DWI in New Jersey.

If you have been arrested on suspicion of DWI and reckless driving, it is important to contact a qualified attorney that can help resolve the case in your favor. Call the lawyers of Villani & DeLuca, P.C. at 732-372-0820. so they can begin building your defense today. They offer FREE initial consultations, so call today!