What to Do When Pulled Over for DWI in NJ

You are driving along on a New Jersey highway when you see flashing lights in your rear-view mirror. The first thing most individuals do is get nervous. You may have driven into the shoulder of the road, been driving too fast, or maybe you didn't make a complete stop at a stop sign or traffic light. What started out as a moving violation or something as minor as a broken taillight can turn into a DWI arrest if there are signs that you are intoxicated. What should you do when you get pulled over in New Jersey?

Police Observation Of A Driver 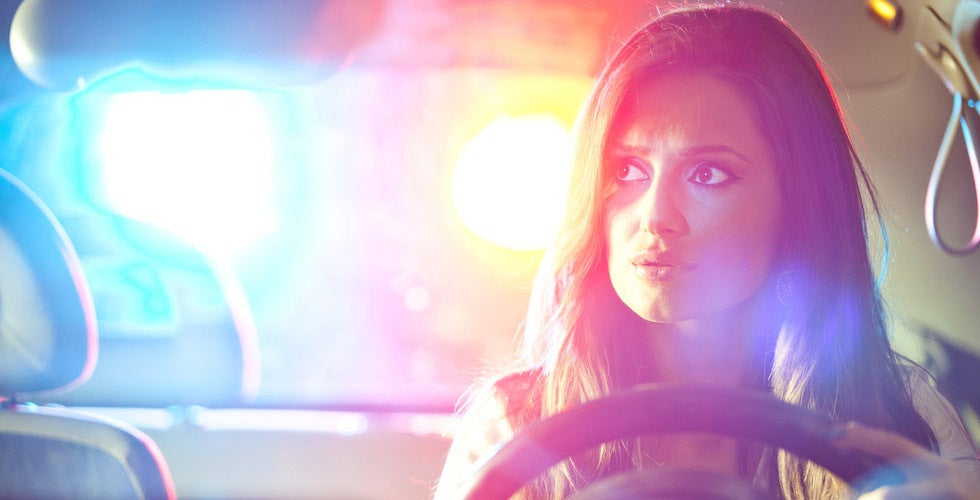 The side effects of alcohol can include irrational behavior, drowsiness, vision impairment, lack of coordination and slurred speech. Police officers will often pull drivers over because they are driving with no headlights during the evening, they are driving too slow or too fast, for failure to use a signal when turning, ignoring a stop sign, and for a variety of other reasons. Whatever the reason, the officer needs probable cause to pull over a driver and issuing a citation. If an officer witnesses a motor vehicle being operated in an unlawful manner or if the driver is in violation of any other regulation under Title 39 of New Jersey's statutes, the officer can engage in a traffic stop.

The traffic stop begins when the officer activates their lights and sirens on the police car to warn the driver that they need to pull their automobile over. The first thing a driver should do is put on their signal and carefully pull over in a safe location on the right side of the road or highway. A police officer must have probable cause for a traffic stop. The officer might have witness the driver operating their vehicle in an erratic manner or any other traffic infraction. Once the driver has pulled to the side of the road, the officer will approach the car and make observations. The officer will carefully look inside the vehicle for any open containers of alcoholic beverages or narcotics in plain site. The officer will interview the driver by asking questions and requesting documentation such as license, registration and proof of insurance all while the driver remains inside their vehicle. Besides the existence of a scheduled DWI checkpoint, an officer will pull over a New Jersey driver if he or she shows evidence of driving that may be affected by alcohol or drug use. If the officer witnesses any indication that the driver may be intoxicated, such as the smell of alcohol, the officer will ask the driver to exit the vehicle. Once the driver is out of the car the officer will conduct a standardized field sobriety test.

1) Always Stay In Your Automobile

Never get out of a motor vehicle after a traffic stop unless instructed to do so by the police officer. Remain in the automobile and keep your hands on the steering wheel until the police officer approaches the vehicle and asks you to show documentation.

Everyone gets nervous when being stopped by a police officer, regardless of whether or not they know they were doing something wrong. Nervousness can cause the driver to say something that the officer can use against them if arrested. If the officer asks for a driver's license, registration and proof of insurance, comply with his request in a timely fashion.

Greet the officer once they approach your vehicle and be polite and cordial. Avoid negative communication between you and the police officer. Be sure to answer the officer's questions when you're asked things such as, “Where have you been?”, “Where are you going?” and “Have you been drinking?” because the initial questions asked by the police at a traffic stop are for investigative purposes, you are not yet under arrest and don't have the right to remain silent.

4) ALWAYS Consent To A Breathalyzer

In New Jersey it is against the law to refuse a Breathalyzer test if an officer has reasonable suspicion that a driver is impaired. A police officer can not force you to take the test so you can refuse to submit to a breath test, but this lack of compliance can result in a refusal charge. It is often a better idea to consent to a breath test as the first offense refusal penalties are harsher than a first offense DWI.

If you are arrested for a DWI in New Jersey, find a reputable attorney who has experience in DWI/DUI law. Villani & DeLuca, P.C. is a Point Pleasant Beach, NJ law firm with attorneys who have been practicing DWI defense in Ocean County and Monmouth County for over 20 years. Call 732-372-0820 today if you were arrested for driving while intoxicated.