What if I Refuse to Take a Breathalyzer Test?

A refusal charge in New Jersey is punished very severely. Many people would not anticipate that refusing to blow into a breathalyzer could subject them to the same penalties as a DWI (driving while intoxicated) conviction, but in reality the penalties could be even more unforgiving. At Villani & DeLuca, P.C., we have dealt with hundreds of DWI and Refusal cases. Our experienced attorneys know exactly what to look when defending against a DWI or refusal charge. If you are in need of excellent legal representation, call Villani & DeLuca, P.C. today at 732-372-0820.

What Is A Refusal? 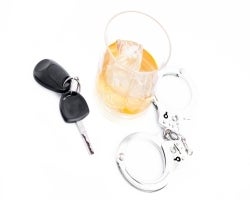 Because New Jersey is an “implied consent” state, all drivers have legally consented to a breathalyzer test (providing the procedure is lawful) the moment they received their license. Refusal to submit one's breath for a chemical analysis is both against the law and in violation of the consent previously given. When asked if willing to submit to a breathalyzer test, the only acceptable answer is an affirmative “yes.” Any conditional yes, other response, or silence will result in a refusal conviction. Law enforcement officials or police officers have strict procedural guidelines they must follow to the letter when administering a breathalyzer test, and at Villani & DeLuca, P.C., we know them as well as the police do. If you are facing a charge, do not hesitate to contact us in order to ensure your rights are not being violated.

I Thought I Had The Right To Remain Silent?

You do have the right to remain silent,  but a breath sample is not been considered a statement and therefore if you don't agree to the test you will be charged with refusal to submit to a chemical test. All drivers have already consented to the breathalyzer being administered and refusal to blow will result in serious consequences.  Remaining silent is equated with refusing the breathalyzer test. Refusal under current law isn't always the worst thing as a refusal does not result result in a lengthy license suspension on a first offense as it has in the past. i does however require an ignition interlock device and many of the same penalties, with the exception of jail, as a DWI.

What Are The Penalties For Refusing A Breathalyzer Test In New Jersey ?