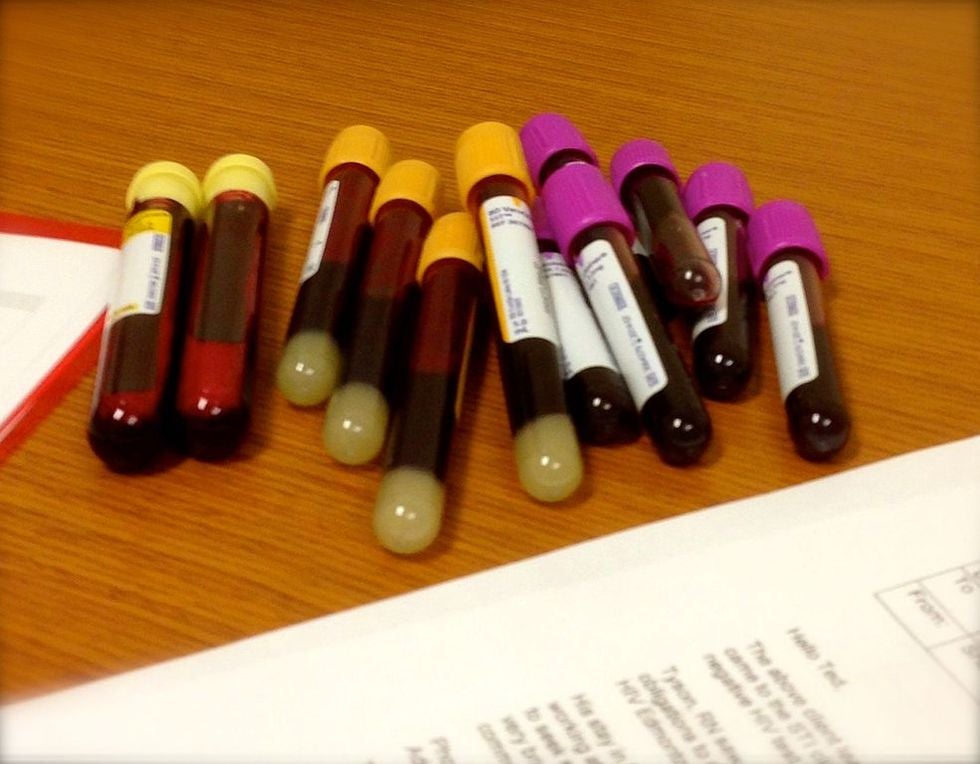 What is the Law Governing Driving While Intoxicated in New Jersey?

To be found guilty of a DWI in New Jersey, the people must prove:

5) With blood alcohol concentration at or above .08%

As stated under 39:4-50, a driver may be charged with a DWI when found to have been operating a motor vehicle while under the influence of intoxicating liquor, narcotic, hallucinogenic or habit-producing drug, or operates a motor vehicle with a blood alcohol concentration of 0.08%.

Because a DWI violation is treated, by the Court, as a quasi-criminal prosecution, each element of a DWI offense must meet the evidentiary standard of beyond a reasonable doubt.

A key method of proving a driver was guilty of a DWI is chemical testing. In New Jersey, testing may be conducted by testing a driver's blood, breath, or urine.

A blood test is performed for the purposes of testing the driver's blood alcohol concentration which may not be .08% or higher in New Jersey. The results of the test may be used as evidence at trial.

For the blood test results to be admissible in Court, the State will be required to establish:

2) The lab technician was properly trained

4) The lab technician used the testing instrument in accordance with their training.

If a police officer has probable cause to believe that a defendant is driving while intoxicated, it is likely that the officer will ask for chemical testing to be conducted. The driver may not refuse their blood to be drawn for testing purposes and penalties will result if a refusal is given. Thus, if the police have probable cause to believe that the defendant operated a motor vehicle and they are thought to be guilty of a DWI, they may transport them to the hospital and have a blood sample taken by medical personnel, against the will of the defendant if necessary.

Probable cause can range from speeding, to failure to maintain lane, to a motor vehicle accident, to a DWI checkpoint. According to New Jersey law, the police officer must have an articulable and reasonable suspicion that a violation of the traffic laws has occurred in order to effectuate a stop for DWI.

If probable cause exists and the officer requests that a blood test be conducted and is refused, the defendant may face the following fines:

Those penalties increase if the DWI stop took place in a school zone to the following:

In New Jersey if a driver gets arrested for a DWI, they must take a Breathalyzer test. When a driver received their license, they gave consent for a breathalyzer test to be conducted if arrested for a DWI. In fact, any person who operates a motor vehicle on any public road, street or highway or quasi-public area in the state of New Jersey shall be deemed to have given his consent to the taking of samples of his breath for the purpose of making chemical tests. Further, in addition to the samples taken and tests made at the direction of a police officer, the person tested shall be permitted to have such samples taken and chemical tests of his breath, urine or blood. This type of consent is known as implied consent. Implied consent refers to an implicit agreement between New Jersey drivers and the State in which drivers agree to submit to chemical tests in exchange for the privilege of driving. If a driver refuses to take a Breathalyzer test, they will likely be detained and brought to a hospital where hospital staff may draw blood and perform a blood test.

What are Possible Defenses to Failing a Chemical Test?

There are several legitimate defenses to a DWI charge, especially refusing or failing a chemical test, including:

Lack of Reliability: Chemical tests can be unreliable depending upon the time they were taken as well as the methods used. If not performed correctly, it is possible that the test results were tainted and should not be used in court.

Lack of Probable Cause: If a police officer did not have probable cause to arrest a driver for DWI, they would not be permitted to request the performance of chemical testing. Therefore, if the officer did not observe speeding, failure to maintain lane, an accident, etc., it is likely that probable cause did not exist and the test results should not be used in court.