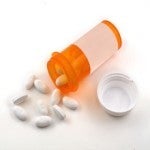 Unlike a drug charge, a DUI is a motor vehicle offense in New Jersey, meaning that a conviction will not result in a criminal record. However, a DUI conviction carries harsh penalties, including fines and surcharges, license suspension, and even jail time. Under New Jersey law, all DUI convictions must remain permanently on your driver's abstract since each subsequent conviction carries enhanced penalties. For example, a first offense is punishable by a fine of $300-$500, at least $3,000 in surcharges, mandatory participation in an Intoxicated Driver Resource Center (IDRC), suspension of driving privileges for 7- 12 months, and up to 30 days in jail. If you are convicted of a second DUI within 10 years of the first offense, your fines are elevated to $500-$1,000. You will also lose your driver's license for two years and be subject to a jail sentence of up to 3 months. Along with legal consequences, a DUI conviction will cause a dramatic increase in your auto insurance premium. Although a DUI does not add points to your license, it does result in a large number of insurance eligibility points. These points will mark you as a high-risk driver, which may force you to purchase insurance from the NJ PAIP (New Jersey Personal Automobile Insurance Plan). If you cannot afford the new rate, you will not be able to drive even once your driving privileges are reinstated. This can lead to other damaging consequences, such as the inability to find employment or perform daily errands essential to the running of your household.

When To Find A DUI Lawyer In New Jersey

If you have been charged with a prescription DUI in New Jersey, please contact the experienced DUI attorneys of Villani & DeLuca. A DUI conviction has extremely serious consequences, and it is imperative that you fight your charges with effective legal representation. Your case will be reviewed by founding Partner Carmine R. Villani, Esq., who has been trained in DRE evaluation and Standard Field Sobriety Testing (SFST). In addition, Mr. Villani has over 20 years of trial experience as a former municipal prosecutor and public defender for numerous municipalities in Ocean and Monmouth counties. Please call (732) 965-3999 to schedule your FREE consultation!