What To Expect at a New Jersey DWI Checkpoint? 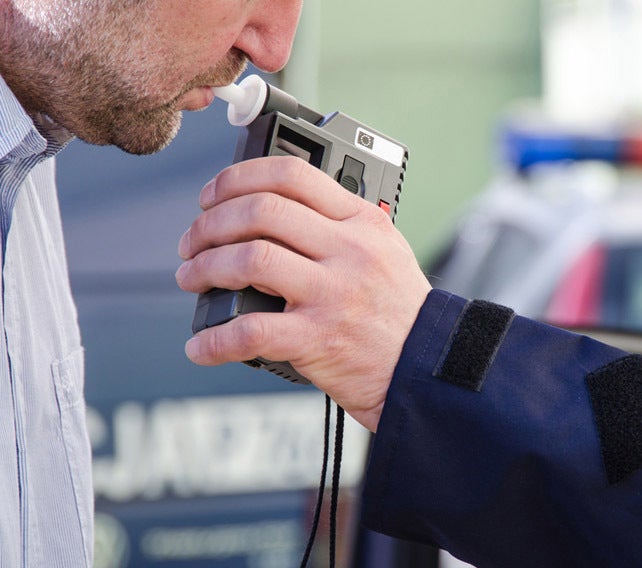 Do the police publicly announce these checkpoints?

If you are driving in the State of New Jersey, do not be surprised if you see a sobriety checkpoint, also known as a DUI or DWI checkpoint.  These DWI checkpoints will have lights and signs making them clearly visible to you.  You will also notice uniformed police officers there. When you are approaching a DWI checkpoint, slow down and be prepared to stop if required.

At DWI checkpoints in New Jersey, police officers stop vehicles based on a pre-determined unbiased mathematical sequence, such as every third or fifth vehicle.

If your vehicle is selected, a police officer will signal you to stop and roll down your windows.  The police officer will then ask you to show your license, car insurance, and registration documents. You will also be asked some other very basic questions.

The length of the detention at a New Jersey DWI checkpoint is very brief and you should soon be on your way unless your appearance or behavior suggests to the police officer that you have been drinking or taking drugs.

The police officers at DWI checkpoints are trained to identify intoxicated drivers and they keep an eye for the telltale signs of intoxication such as the smell of alcohol on your breath or in your car, droopy eyes or slurred speech.

If the police officer believes that you are intoxicated, they will ask you to pull over and undergo field sobriety tests.

During these tests, you may be asked to stand on one leg for a few seconds or walk in a straight line and then turn. If you fail the field sobriety test the police will arrest you and take you to the police station where they will administer a breath test to determine your blood alcohol concentration.

I did not break any law, then how can the police stop me? Are the police violating your constitutional right against an arbitrary search?

While waiting for your turn to be processed at a DWI checkpoint, these could be some of the questions running through your mind.

In New Jersey as well as many other states, DWI checkpoints are completely legal.

In a landmark 1990 decision in the case of Michigan State Police v. Sitz, the United States Supreme Court ruled that sobriety or DWI checkpoints are legal under federal law and they do not violate the Constitution. The Supreme Court concluded that the state's interest in preventing drunk driving outweighs the slight intrusion to the motorist's freedom caused by the brief stop at a checkpoint.

The Supreme Court, nevertheless, empowered the individual states with the authority to decide whether or not to implement DWI checkpoints within their territories. Presently, 38 states including New Jersey conduct temporary DWI checkpoints.  Per the latest information available on the Governor's Highway Safety Association (GHSA) website, the police will conduct DWI checkpoints once or twice a month throughout the state.

Though federal law and New Jersey law permit DWI checkpoints, the police have to follow a certain protocol while operating them.

Field police officers cannot set up a DWI checkpoint whenever and wherever they want to. They should first obtain their supervisor's approval.  The supervisor fixes the site of the operation taking into account factors such as high incidence of DWI, officers, and public safety.

DWI checkpoints should be aggressively publicized.

Contact the experienced New Jersey DWI lawyers of Villani & DeLuca, P.C.  If you have been charged with a DWI in New Jersey Call 732-965-3999 today for a free initial consultation. The team at Villani & DeLuca is highly familiar with the NHTSA's rules and regulations. The DWI attorneys at Villani & DeLuca have undergone the same field sobriety test training that police officers receive to better acquaint themselves with the procedure. We represent clients throughout Ocean County and Monmouth County, New Jersey.