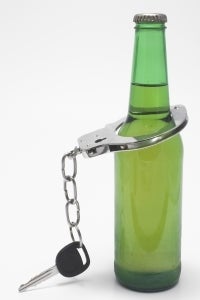 An intoxicated driver crashed her vehicle into a utility pole in Toms River, knocking out power and stopping traffic. Both she and her 11-year-old passenger were sent to Community Medical Center afterwards, and neither sustained life-threatening injuries. The 28-year-old Beachwood resident said she swerved her 2015 Hyundai Sonata to avoid a deer and hit the utility pole which snapped and landed on her vehicle. Both occupants of the SUV were trapped for a short time by live wires until Jersey Central Power and Light crews arrived to free them. The driver was later charged with DWI and reckless driving, and she may face additional charges because she had been driving while intoxicated with a minor present inside the vehicle.

While DWI is classified as a motor vehicle violation and not a criminal offense in New Jersey, being arrested for DWI when children are inside the vehicle increases the charges and penalties. N.J.S.A 39:4-50.15 provides for additional penalties for those that are found guilty of a DWI when there is a minor—age 17 or younger— in the car.

The statute that covers driving while intoxicated in New Jersey is N.J..S.A. 39:4-50.  For a first offense with a blood alcohol concentration (BAC) of .08% but less than .10%, or if an officer finds the driver to be under the influence of alcohol without a BAC reading, or if the owner of the vehicle allowed someone else who was drunk to drive, the penalties are as follows:

A driver's license suspension of three months; a fine of $250 to $400; jail time up to thirty days; participation in a program at an Intoxicated Driver Resource Center (IDRC) for 12-48 hours; mandatory fines and penalties and a New Jersey MVC Surcharge of $1,000 per year for three years.

If the BAC is over .10% during a first offense, the driver faces penalties as follows:

A driver's license suspension of seven months to one year; a fine of $300 to $500; jail time up to thirty days; 12-48 hours at an Intoxicated Driver Resource Center (IDRC); the installation of an ignition interlock device on the driver's vehicle for 6 months to 1 year after restoration; in the judge's discretion, a New Jersey MVC Surcharge of $1,000 per year for three years and mandatory fines and penalties.

A first offense with BAC of .15% or higher requires the mandatory use of an ignition interlock device for the period of license suspension and six months to one year following the suspension, in addition to the penalties that come with a DWI offense over a BAC over .10%.

N.J.S.A 39:4-50.15 enumerates additional penalties for driving under the influence with a minor as a passenger.

Speak With A DWI Defense Lawyer in Ocean County

If you or someone you know has been charged with drunk driving in New Jersey and if there were minors in the vehicle at the time of the arrest, please contact the experienced traffic defense attorneys of Villani & DeLuca P.C. Your case will be reviewed by founding partner Carmine R. Villani, Esq., who has over 20 years of trial experience as a former municipal prosecutor and public defender for numerous municipalities in Ocean and Monmouth County. Please call (732) 965-3999 to schedule your FREE consultation!