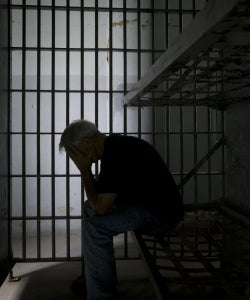 There are a lot of risks involved when a person gets behind the wheel of a car and drives drunk. To them, it's a matter of getting where they want to be and being “adult” enough to get there on their own. Maybe they don't want to bother anyone by asking for a ride. Maybe they feel like they can handle their alcohol and don't need a ride. Whatever the case may be, one of the risks of getting behind that wheel while driving under the influence of drugs or alcohol is the chance that the driver could possibly endanger the lives of others.Such is the case with the Marlboro man who admitted that he had drove drunk down route 34 in Holmdel on the night that he killed another man. The driver had consumed several beers at a strip club in Keyport during the evening in question. On his way home to Marlboro the driver would cross the solid yellow lines and drive head on into a car driving in the opposite direction. The crash would take the life of an Old Bridge man. The drunk driver pleads guilty to second degree Death By Auto as well as charges pertaining to driving while intoxicated and has been sentenced to six years in prison.

In New Jersey, anything over .08% Blood Alcohol Concentration (BAC) is considered over the limit for those of a legal drinking age. For those with a BAC of .15% or more face even tougher penalties because of the level of intoxication. The only exception to these rules is the no tolerance, underage limit, which is .01%. In the case of the Marlboro man who killed another man, his BAC .258% was three times the legal limit.

Obviously, alcohol impairs the decision-making process. It also slows the reflexes, perception, and ability to process information. A person's vision can also be impaired so that you might see double and think that an oncoming car is the double and not the original. The results are still the same. While thinking may not be clear while intoxicated, it becomes much clearer after the fact. This means that the decisions made aren't based on clear thinking, but the guilt and memories of the actions are sharp and painful. One night of poor decisions can cause a lifetime of penalties and limit your decision-making power, in addition to causing someone else's death or injury.

Speak With A DWI Defense Attorney

If you have been arrested for DWI speak with a Defense Attorney. The law firm of Villani & DeLuca has been helping clients with DWI charges for over 20 years. Call 732-965-3999 for a FREE case consultation.

Founding partner, Carmine Villani, Esq. is a former municipal prosecutor with over 20 years experience in Criminal and DWI Defense.