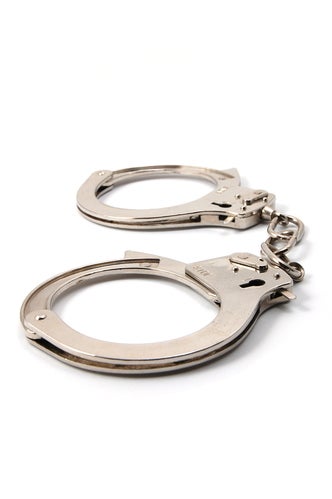 An allegedly drunk man from Coplay, PA was charged with resisting arrest after Lacey police responded to a call from a local liquor store. The Lacey liquor store employee notified police that a man had bit another person during a dispute. The accused tried to flee when an officer placed him under arrest. Officers reported that they responded to calls that the intoxicated man had parked his vehicle on the grass median, but before they arrived the 26-year-old man became aggressive and bit the arm of a concerned citizen. The man was charged with resisting arrest, assault, drunk driving, reckless driving, careless driving and having an open alcohol container in his motor vehicle. He was held on a $25,000 bond at the Ocean County Correctional Facility.

Numerous Laws Pertain To This Case As Follows:

39:4-96. A person who drives a vehicle heedlessly, in willful or wanton disregard of the rights or safety of others, in a manner so as to endanger, or be likely to endanger, a person or property, shall be guilty of reckless driving and be punished by imprisonment in the county or municipal jail for a period of not more than 60 days, or by a fine of not less than $50.00 or more than $200.00, or both.

b. A person shall not be deemed to be in possession of an opened or unsealed alcoholic beverage container pursuant to this section if such container is located in the trunk of a motor vehicle, behind the last upright seat in a trunkless vehicle, or in the living quarters of a motor home or house trailer. For the purposes of this section, the term "open or unsealed" shall mean a container with its original seal broken or a container such as a glass or cup. First offense carries a fine of $200.

In this instance, the accused committed simple assault against the helpful person by biting him. This is covered under N.J.S.A. 2C:11-1 as follows:

A bodily injury occurs when a victim suffers at least some physical – not mental – injury or pain. That is because New Jersey law defines bodily injury as “physical pain, illness or any impairment of physical condition.” In contrast, a serious bodily injury creates a substantial risk of death, or long-term disfigurement or loss or impairment of an organ. Common examples include losing an eye or finger or suffering a permanent limp as a result of the injury.

In this case, the accused's actions worsened his situation far beyond the drunk driving and open alcohol container charges. The act of biting a person who attempted to help him constituted a physical assault. Attempting to flee from the police added to the list of charges and turned a bad situation into an extremely serious one carrying penalties of jail time.

If you are in need of a criminal defense attorney, reach out to Villani & DeLuca. With over 20 years of experience, our firm has been representing clients from across Ocean County and Monmouth County. Please call (732) 527-4312 to schedule your FREE consultation!