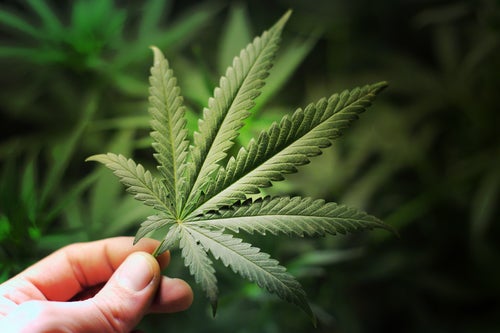 This week Public Enemy front-man Flavor Flav pleaded no contest in a Las Vegas, Nevada courthouse for Driving Under the Influence (DUI) of Marijuana. The realty star, whose real name is William Drayton Jr., was stopped in May 2015 for speeding and suspicion of driving under the influence by Nevada Highway Patrol. Flav's pending charges included driving under the influence of marijuana, speeding, driving with a suspended license and the possession of an open container. The 56-year-old rapper admitted to having marijuana metabolite in his system at the time of his traffic stop. Prior to his latest arrest, he had plead no contest to similar charges in January 2016 for another DUI-related to marijuana. He was fined $685 in both cases and order to take drunk driving classes.

Driving under the influence of marijuana in New Jersey is illegal no matter what — even if you are a medical marijuana card holder. At the time of your traffic stop a DUI arrest is eminent if you show signs of an impairment due to alcohol (with a 0.08% BAC), prescription medication, over-the-counter medicine or illicit drugs. A police officer will have you perform a field sobriety test at the time of your traffic stop to determine whether or not you are impaired. If the officer determines that you are impaired, the officer will arrest you and bring you to the police station. Once at the police station, the arresting officer will ask you to submit to chemical testing either through the form of breath, urine or blood in order to determine your impairment. You can not use the New Jersey Compassionate Use Medical Marijuana Act (CUMMA), (N.J.S.A. 24:6I–1 to –16) as an excuse for getting behind the wheel of a car and driving impaired on marijuana.

If Flavor Flav had been arrested for Driving Under the Influence of Marijuana in New Jersey he would have been facing enormous penalties due to his multiple DUI convictions. Flav would be looking at upwards of $1000 in fines, additional surcharges and penalties in the thousands, the suspension of his driver's license, the installation of an ignition interlock device, mandatory drunk driving classes and possible jail time. Each state has their own penalty guidelines for DUI convictions.

Flavor Flav's attorney was able to get the charges of speeding and possession of an open container charges dropped. Flav's penalties for his conviction were minor considering he was facing up to 10 days in jail. If you have been arrested for driving under the influence of marijuana in New Jersey it is important to hire an experienced DUI Attorney like those at Villani & DeLuca. Founding partner Carmine R. Villani, Esq. recently attended a seminar by the National College For DUI Defense (NCDD) called “Cannabis & Cars”. At the seminar, Mr. Villani learned about the proper procedures a Drug Recognition Expert (DRE) will use when determining your guilt for driving high behind the wheel. Mr. Villani will use his knowledge of DRE testimony in order to debunk the prosecutor's case. Mr. Villani is continually taking classes and attending seminars on DUI & Criminal laws in order to better defend his clients in court. As a DUI Defense Attorney, Mr. Villani has been defending clients facing DUI charges in New Jersey for over 20 years.

If you find yourself facing a DUI charge while under the influence of marijuana in New Jersey, it is time to contact Carmine R. Villani, Esq. today! Your best defense against a pending DUI charges is to hire an experienced New Jersey DWI Defense Lawyer. It's time to start preparing your case today by calling Villani & DeLuca for a free evaluation.