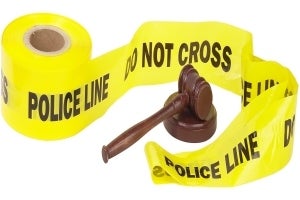 A 17-year-old who was walking early on a Sunday morning was killed after being hit by a driver who was under the influence of alcohol. The teen, who was a senior at Burlington City High School and a member of ROTC, was pronounced dead at the scene, which took place on Route 130 in Burlington.

The man who hit and killed the teenager was a 42-year-old from Willingboro. Police charged the man with reckless driving and DWI. Police also stated that they are continuing to investigate the accident. Investigators will also look at toxicology test results once they are available. Depending on the outcome of the investigation, the Willingboro man may also be charged with death by auto.

Death by Auto in New Jersey

This charge is defined by N.J.S.A. 2C:11-5a and states that criminal homicide constitutes vehicular homicide when it is caused by driving a vehicle recklessly. Under this law, proof that a driver fell asleep or was under the influence of alcohol constitutes reckless driving. Another aspect of this law is anyone found guilty of death by auto will have a minimum term included with their sentence. This term is the greater of either one-third and one-half of the sentence imposed by the court or three years. The New Jersey law declares that unless a compelling hardship case can be established, a defendant will be required to forfeit their vehicle that was involved in the incident.

New Jersey Lawyer for Death by Auto and DWI Charges

The State of New Jersey takes all charges involving driving while intoxicated seriously. That's why anyone facing this type of charge should speak with an experienced DWI attorney. Speaking with an attorney provides a DWI or death by auto defendant with an opportunity to discuss their charges and the specific fats of the case.

If you're facing a criminal charge, you can have a free consultation with a member of the law firm of Villani and Deluca by calling 732-965-3999.