Assemblyman Wants To Reduce Drinking Age In NJ To 18 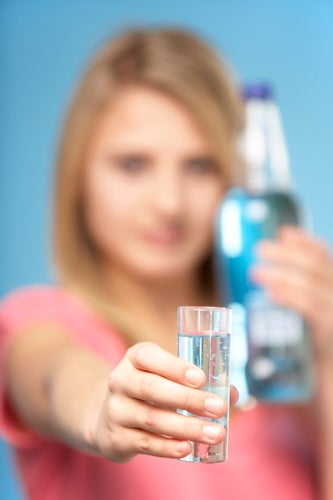 In the United States, the minimum drinking age is 21-year-old. This age became the national standard in 1984 through the passing of the National Minimum Drinking Age Act of 1984 (23 U.S.C. 158). The passing of this Act gave heavy incentives to states to change their minimum drinking age to 21 since the drinking age is regulated on a state level. The law essentially punished any state that lawfully allows persons below 21 years of age to buy and possess alcoholic beverages. The federal government does this by reducing its annual federal highway apportionment to the state that doesn't comply by 10%. With the passing of the Minimum Drinking Age Act, all 50 states fell in line and changed their legal drinking age to 21.

New Jersey Assemblyman Michael Patrick Carroll (R-Morris) has introduced legislation that would lower New Jersey's minimum drinking age from 21 back to 18 years of age. The assemblyman feels that at 18, young people are given the ability to make many important decisions for themselves which could have more severe consequences on them such as joining the military or voting, than drinking with friends. Carroll told one reporter “if you're old enough to hoist an M4 and shoot a terrorist, you're old enough to hoist a beer.” Assemblyman Declan O'Scanlon of Monmouth agrees with Carroll. They both feel the tactics the federal government uses to enforce the drinking age, are akin to extortion.

If the state was to pass legislation that lowered the drinking age, New Jersey would lose millions in federal funding which would most affect local highways. This punishment was written in by New Jersey's own Frank Lautenberg, whom Carroll feels “was very good” at layering bills with money incentives. Scanlon feels this practice is not right. More than the law itself, he told reporters “My biggest problem is the federal government uses our money to extort us into passing laws.”

Could The Drinking Age Be Lowered?

So is it at all possible for a law that would lower the drinking age to pass? Despite some 20-year-olds best wishes, it seems unlikely. The cost of losing any federal funding seems too deep for most New Jersey officials. Bills have been brought up in Trenton mirroring Carroll's sentiment, but none have seen the light of day. Senate President Sweeney feels much younger kids would start sneaking into bars if the law was to be passed. He told reporters that as someone who grew up when the drinking age was 18, he saw many younger kids trying to illegally obtain alcohol, and he fears the same would happen again. Whether or not others agree with him, it is doubtful Carroll's best efforts achieve more than media attention.

Contact the experienced New Jersey lawyers of Villani & DeLuca, P.C. if you have been charged with a crime in The State of New Jersey. Call 732-965-3999 today for a free initial consultation. We represent clients throughout Ocean County and Monmouth County, New Jersey.