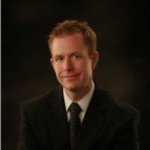 Since 2003, Michael C. Ayres, Esq., a Partner of the firm, has been involved in the practice of family law. Prior to becoming an associate in the law firm of Villani & DeLuca, Mr. Ayres was associated with the law firm of Einhorn, Harris, Ascher, Barbarito and Frost in Denville, New Jersey. In his practice there his time was entirely dedicated to all matters pertaining to family law, with an emphasis on high net worth divorce litigation. After Mr. Ayres received his Juris Doctorate from the Seton Hall University School of Law, he took a position as a law clerk for The Honorable Patricia B. Roe, the presiding Family Part Judge in Ocean County, New Jersey. During his tenure as a law clerk, Mr. Ayres became certified by the Supreme Court of New Jersey as a R. 1:40 qualified family mediator.

Act Now Before It's Too Late!

Mistakes happen all of the time. If a mistake was made by the police or the New Jersey prosecution it should not hurt you and your family. Our experienced NJ DWI Defense Lawyers at Villani & DeLuca regularly protect the legal rights of people who have been charged with DWI / DUI or breath test refusal. This traffic offense carries the possibility of jail time and costly fines in New Jersey. The stakes are too high and the possible effects can last for years. A strong legal defense can often convince the courts to have your drunk driving charges dismissed or reduced so don't risk your future by trying to defend yourself against a DUI! Contact Villani & Deluca today for a FREE case evaluation on all your pending drunk driving charges.